A few years ago, I managed to get to the Arab Emirates, which I can recommend to everyone only for one reason - the cuisine of the entire Middle (especially) and Far East in one place: Arab, Pakistani, Tibetan, Indian, Chinese, Mongolian …

When a year later I was in Israel for the first time, I already had a basic idea of ​​what the original taste of dishes prepared by expats. However, I knew little about Israel’s cuisine or the star itself, which is Yotam Ottolenghi.

The kitchen, which I absolutely fell in love with while in Israel, is primarily vegetables full of flavor and sun. Nowhere else in the world (including Japan) did I like it better (in my subjective opinion). I especially recommend the restaurant [Port Said in Tel Aviv] (https://www.instagram.com/port_said/). A simple oven-baked cauliflower with salt, with a crispy crust and butter texture, melts in your mouth. Additionally, the spice is the “energy” of the conflict hanging in the air and military helicopters flying overhead.

After my return and a little research, the first things I got into my hands were a few Yotam books, which are absolutely phenomenal and have really nice recipes (although it’s worth getting to know because some ingredients are hard to get). Most of them seem to be available in Polish. I also bought a Persian, but I use it much less. Below is what I bought, of which I recommend the first position, ie ** Nopi **, and the second ** Jerusalem **. 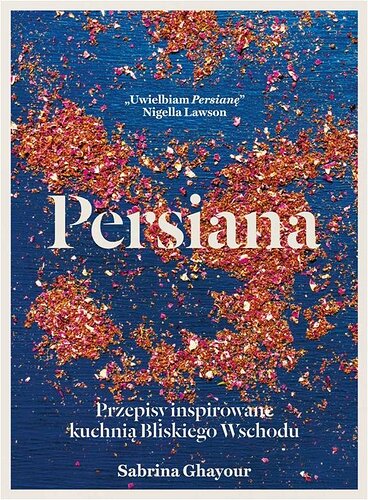 I recently saw that there was a master class with Yotam available, but I haven’t had the chance to see it yet. For those interested, link:

If you have anything else to recommend from the Middle East cuisine, I would like to read: wink: